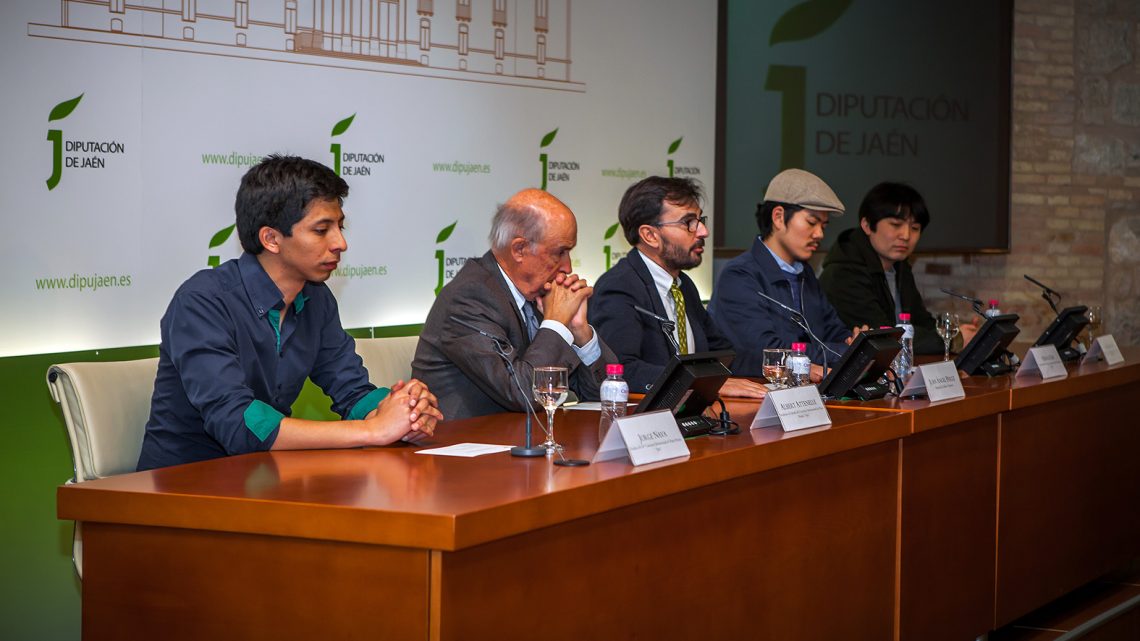 Tomorrow from 19.00 the final of the 60th Jaén International Piano Contest is taking place at the Infanta Leonor theatre, with the participation of the Spaniard Jorge Nava Vázquez, and the South-Koreans Honggi Kim and Jin-Hyeon, who will be playing along the Ciudad de Granada orchestra, as usual. The three pianists have given their opinions with the deputy for Culture and Sports, Juan Ángel Pérez, and the president of the jury, Albert Attenelle, “with three memorable and symbolic concerts from Chopin, Rachmaninov and Beethoven, that the audience will love”.

During the conference, the deputy wanted to remind “this is a very special occasion because the competition is now 60 years old, a time during which it has evolved and become a very prestigious competition”. He also wanted to congratulate the finalists “and everyone that has taken part in the contest, making it what it is today. That, with a great work from the jury and the support of the City Council, has been determining to achieve the prestige it has nowadays”. “Because of this anniversary the Piano Festival and the Chamber Music award have been included in this edition”, he added.
On the other hand, the president of the jury wanted to thank “the City Council for trusting me and also the contest, for reaching 60 years becoming one of the most important competitions in our country”. About the players, he explained that “they are excellent piano players, what does not mean that the other contestants who could not get to the final stage are not great also. To reach this stage many factors come into account, like the stamina, the concentration or the programme”.

The interpreters will be competing for the first award, 20,000 euro, a gold medal, a recording with the label Naxos and a six-concert tour in different countries. They also expressed their satisfaction with the organisation and the treatment they were given.

Honggi Kim was “happy for being in the final, which is also a good chance for me to play with an orchestra. I did not have much time to rehearse that concert by Chopin, so this will be a great opportunity”. Apart from his success, he expressed his satisfaction “for all the help we have got from the staff of the competition and everything that I have done during my state, despite of the bad weather”.

Jorge Nava spoke about “how proud I feel for being in the final and of the work of the pianists”. “It is a very important achievement to be in the list with so many great players during the 60 years of this competition” he added. Finally, he wanted to thank “the City Council, the organisation and everyone working in the theatre, for such a great treatment”.

The last intervention went to Jin-Hyeon Lee, who said “it is an honour to be in the final of one of the most prestigious contest of Spain”. “A lot of people would like to be where I am right now”, he added. He also wanted to stress “the good conditions of the competition, in which I have been able to rehearse with a piano all the time and where I have met very welcoming people”.