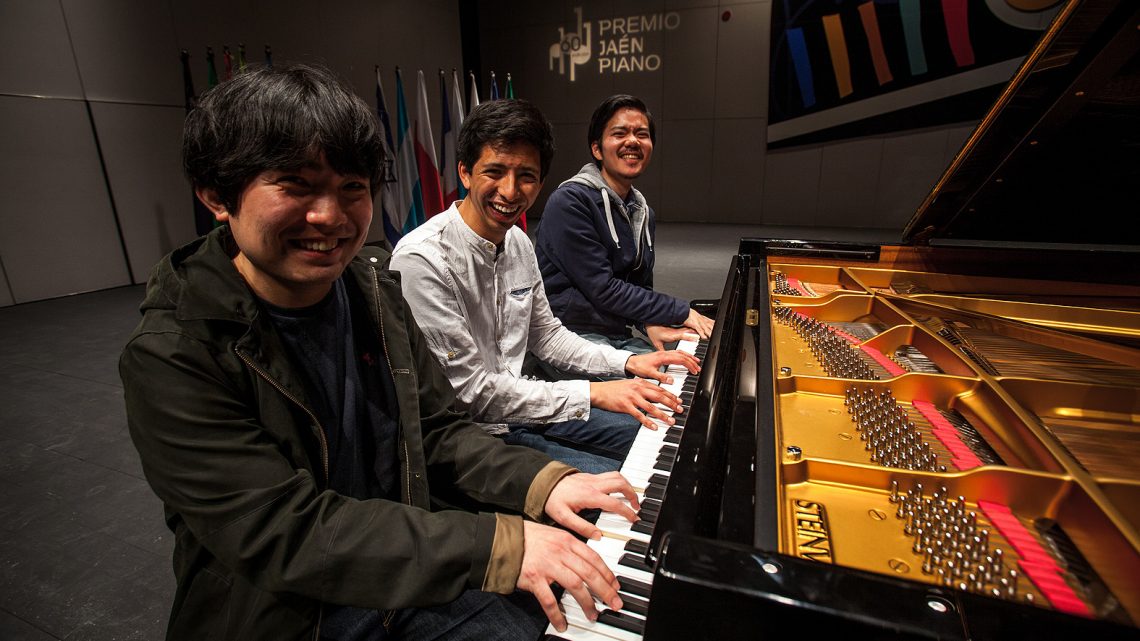 The final is celebrated next Friday, at 19.00 in the Infanta Leonor theatre, with the Ciudad de Granada Orchestra

The Spaniard Jorge Nava Vásquez, Jin-Hyeon Lee and Honggi Kim, from South Korea are the finalists of the 60th Jaén International Piano Competition, held by the City Council. These young players will compete next Friday, from 19.00 at the Infanta Leonor theatre for the first award, consisting of 20,000 euro, a gold medal, a diploma, a recording with the label Naxos and a six-concert tour in Granada (on Saturday), Jaén, Málaga, Úbeda, Bochum (Germany) and Rio de Janeiro (Brazil)

The jury has chosen the three interpreters, who have been exceptional during the semifinal stage last Wednesday, in which they had to perform, for the first time in the history of the contest, Chamber music pieces with the Bretón Quartet.

The first performer in the final will be the Spaniard, Jorge Nava Vázquez, who is playing the concerto for piano and orchestra number 2 in C minor Opus 18, by Rachmaninov. The player was born in 1990, and began his career in Bolivia, continuing in Barcelona and later at the Royal College of Music of London, and has already won prizes like the María Canals or the José Iturbi.

Honggi Kim will be the second to perform, choosing the concerto for piano and orchestra number 1 in E minor Opus 11 by Chopin. This young South-Korean, winner of the China International or the Schubert, has given recitals in several countries of Asia and Europe and is currently studying in Frankfurt.

Finally, the audience will have the pleasure of listening to Jin-Hyeon Lee, also from South Korea, interpreting the concerto for piano and orchestra number 5 in e flat major Opus 73, the Emperor by Beethoven. This player has performed in South Korea, Germany and Italy, studying in Munich and Frankfurt and winning second prizes at the Scriabin of Salzburg and in Verona.

They will be playing along the Ciudad de Granada orchestra, conducted by Paul Mann. Before the final, on Thursday, they will be travelling to Granada in order to rehearse with the musical formation, winner of the Manuel the Falla Award, the Andalusian Prize of Music and honor medals of the Academia de Bellas Artes of Granada or the International Music and Dance Festival of the mentioned city.

After their performance on Friday, the winner of the contest will be chosen, as well as the second and third prizes, with 12,000 and 8,000 euro respectively. The other three awards will also be announced, given to the best interpretation of Spanish music, the best performance of contemporary music, and to the best chamber music concert, making a total of 60,000 euros in prizes

Today, at the Casa de la Cultura of Bailén, has also been celebrated one of the four concerts that some of the artists will be giving around the province. The performer was Krystof Ksiazek, from Poland, while Chong Wang will be playing in the conservatory of Alcalá la Real on Thursday, Too Hyeon Park on Cazorla and the Polish Anna Szalucka in Huelma.