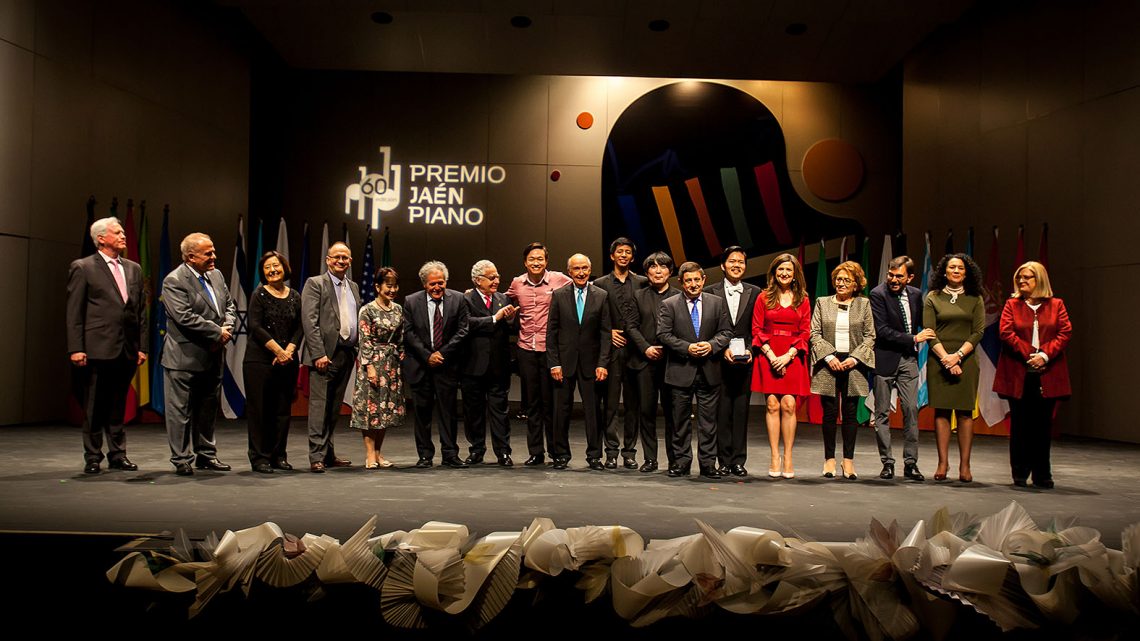 Jin Huyeon Lee, also Korean, and the Spaniard Jorge Nava Vásquez won the second and third award, respectively, in a competition held by the City Council, in which the winner got another two special prizes

The pianist Honggi Kim has won the 60th Jaén International Piano Competition, held by the City Council, for his interpretation of the concerto for piano and orchestra number 1 in E minor Opus 11 by Chopin. According to the jury, it was the best interpretation of the three players given today at the Infanta Leonor theatre, in a concert given with the Ciudad de Granada orchestra, conducted by Paul Mann.

The president of the City Council, Francisco Reyes, along the deputy for Culture and Sports, Juan Ángel Pérez, has been in charge of giving the first award to the winner, consisting of 20,000 euro, a gold medal, a diploma, a recording with the label Naxos and a six-concert tour. The first of these concerts will be celebrated tomorrow, at the Auditorio Manuel de Falla in Granada. The rest will be celebrated in Jaén, Úbeda, Málaga, Bochum, in Germany, and Rio de Janeiro, Brazil.

Honggi Kim has become the first Korean pianist to have ever won thw first award of this conpetition, won now by 22 different nationalities. Born in 1991, he has also won several prizes like the International of China, the Schubert and the Genevre, giving recitals in places like Japan, China, Singapur, Germany, Italy or Switzerland. He is currently studying in Frankfurt.

After his performance, the jury found the concert given by the also Korean Hyeon Lee worthy of the second prize , for his interpretation of the concerto for piano and orchestra number 5 in E flat major Opus 73 by Beethoven, winning 12,000 euro given by the City Council. The third prize went to the Spaniard Jorge Nava Vásquez for the concerto for piano and orchestra number 2 in C minor Opus 18 by Rachmaninov.
Also participating in the award ceremony were the vice delegate of the Jaén Government, Francisca Molina, the delegate of education of the Andalusian Government, Yolanda Caballero, the councilwoman of Culture of Jaén, Isabel Azañón and the president of the Unicaja-Jaén Foundation, Carmén Espín. They gave the special awards to the best interpretation of Chamber Music (8,000 euro) and the Rosa Sabater Award, given to the best interpretation of Spanish music (6,000 euro and a concert) both to Honggi Kim.

The last of the special prizes went to Shuan Choo, from Singapur, for the best interpretation of the mandatory work, conposed by the Spaniard José María Sánchez-Verdú, called Garden of Mirrors. Finally, the Audience award was won by Hyeon Lee, a 25 cm. bronze medal given by the Asociación de Amigos del Premio Piano.

The 60th edition concluded with the award ceremony, with everything sold out and presented by the TVE presenter and journalist Elena Sánchez.

This year a total of 39 players from 18 countries have participated in the competition, something that proves the international awareness this contest has achieved. This year the introduction of the new Chamber Music award has been very succesful, among other activities like conferences, shows and publications.