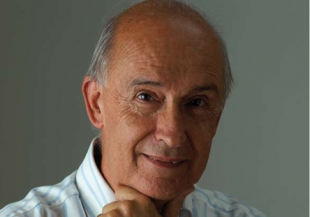 Albert Attenelle was born in Barcelona, received his pianistic training from the great teacher Frank Marshall, who passed on to him the legacy of the Catalan piano school dating back to Joaquim Malats, Ricardo Viñes, Albéniz and Granados. Later he studied in Paris with professor Marcel Ciampi.

He gave his first concerts as orchestral soloist in Bilbao and Barcelona in 1957 and was a prizewinner in several international competitions (Rio de Janeiro, “Vianna da Motta”, Lisbon, Reine Elisabeth of Belgium), placing him in the forefront of pianists of his generation.

His career developed in Europe, America and Japan as an orchestral soloist under the baton of conductors such as Janós Sandor, Peter Maag, Ros-Marbà, Ronald Zollman, Walter Weller, Gary Bertini, Christopher Hogwood and as a chamber musician with soloists such as Ludwig Streicher, Gonçal Comellas, Agustín Leon-Ara, Lluis Claret, Michel Lethiec, and string quartets including the Rafael Quartet, Lindsay Quartet, Stradivari String Quartet...

His repertoire is large and covers all styles, with a special focus on 20th century composers.

He gave the first performance of Musica Callada by Mompou and has on many occasions performed piano concertos by contemporary Spanish composers such as Luis de Pablo, Robert Gerhard or Xavier Montsalvatge, among others.

He has recorded the Luis de Pablo’s and Gerhard’s Piano Concertos, and a recording with piano music of Déodat de Séverac and Joaquín Nin-Culmell (Anacrusi). In chamber music, and with the Barcelona Piano Trio, the Beethoven’s Concerto and the Trios by Mendelssohn and Dvorák (Harmonia Mundi). Recently a disc has published with Sonatas by Pau Casals and Gaspar Cassadó, with Agustín Leon-Ara (Columna Musica) and Sonatas for violin and piano, viola and piano and cello and piano by Lluis Benejam (ASV), and works by Mompou (Emi) with the Chopin Variations; this work was premiered by Attenelle in Madrid in 1964.

His most recent recordings include Iberia and La Vega by Albéniz and Musica Callada by Mompou.

He has formed a part in the professorship of the “Máster en Interpretación de la Universidad de A Coruña” and nowadays he is in the “Cursos Permanentes de Clases Magistrales de Alter Musici” in Cartagena, of the High Conservatoire in Barcelona and Director of L’Escola of Music of Barcelona.

He has published a revised edition of Isaac Albéniz’s Suite Iberia, and he has the “Medalla Albéniz del Ayuntamiento de Camprodón”, for his contribution to the diffusion of the music and works of this great composer. Columna Musica Record label has edited his new recording with Granados’ Goyescas in 2016. 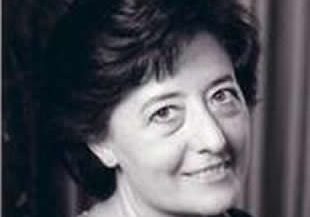 Born in Bilbao, she began the musical training at an early age. Her mother, Pilar Iturburu, introduces her into the piano studies at four years old, playing piano pieces by Mozart, Schumann and Beethoven. At seven was her first public performance in Bilbao, causing a great impression. Later she continued the piano studies at the Music Conservatory in Madrid with Pedro Lerma.

Her training is completed under the guidance and advices of leading pianists as Hans Graf, Bruno Seidlhofer, Vlado Perlemuter, Claudio Arrau and Nikita Magaloff, who exercised a considerable influence.

She has made concert tours in Germany, Portugal, Belgium, England and Italy, with extraordinary critical success, always emphasizing her great musicality and artistic maturity.

Mrs. Pilar Bilbao has made broadcastings for RNE Radio, Canal Sur TV and recorded albums for Movieplay and Etnos labels, obtaining the Spanish Ministry of Culture Award for the complete recording of Piano Preludes by Aita Donostia.

She is regularly invited to take part as jury member at national and international piano competitions and master classes. Since 1978 she is Piano Professor at the Royal Music Conservatory of Seville.

In 2003 she made his entrance debut as Member of the Royal Academy of Fine Arts “Santa Isabel de Hungría”, Seville. In 2007 Mrs. Pilar Bilbao joined the faculty staff of the Royal Conservatory of Music in Madrid as Piano Professor. 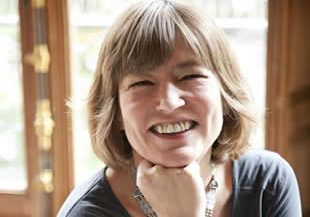 French pianist. Piano teacher at the National Conservatory of Music in Paris 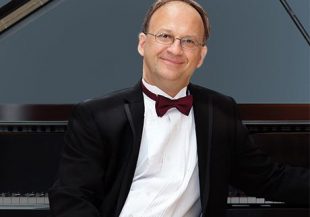 Graham is Head of the School of Keyboard Studies.

Graham’s discography includes CDs of works by Scriabin, Gershwin, Macmillan and a live recital CD from Los Angeles. He has broadcast on BBC Radio and National Public Radio in the USA.

Graham has taught at many summer schools most notably Musicfest Perugia in Italy, the Colburn Festival Academy in Los Angeles, the Chethams International Piano Summer School in Manchester and the Beijing International Music Festival and Academy. 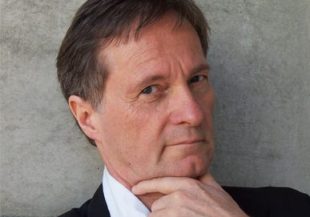 He studied with the Russian-Brasilian pianist Yara Bernette, the Italian-Argentinian pianist Fausto Zadra and with Wilhelm Kempff.

The pianist Ralf Nattkemper is widely recognized by international critics as an outstanding representatives of the German pianistic tradition.

He studied with the Russian-Brasilian pianist Yara Bernette, the Italian-Argentinian pianist Fausto Zadra and with Wilhelm Kempff.

His repertory is very wide from Bach to Messiaen and with special emphasy on the german classical and romantical composers. Especially noted by audiences and critics are the deep understanding and sensitivity he displays in the music of Schubert, which has come to form a central part of his recitals in the recent years.

Ralf Nattkemper is also much in demand as a teacher. Beside his leading a Piano Class at the Hamburg University of Music and Performing Arts he has held masterclasses in New York, Tokyo, Brussels, Venice, Rotterdam, Lausanne, Girona, Lisbon, Madrid, Fulda (Pianale) and many others. In 2011 he was nominated Guestprofessor at the Aichi University of Music and Arts in Nagoya. Since 2011 he is also regularly teaching at Yamaha Masterclass.

His students got Prizes in important International Competitions and have got numerous awards like the Echo Klassik. Now many former students are professors at renowned German and foreign Music Universities. 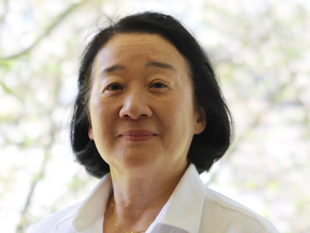 The Japanese pianist Michiko Tsuda received her first music lesson before her fourth birthday. Her unusual musical talent soon became apparent, and at the age of seven she gave a public performance of Mozart‘s AMinor Piano Concert KV 488. By this time she was also performing her own compositions - songs and character pieces for piano. Her musical gifts became even more evident when she won several Japanese Youth music competitions.

After completing her studies with Kazuko Yasukawa at the Tokyo University of Arts Michiko Tsuda travelled to Europe in 1974 and studied at the Conservatoire Royal in Brussels with the Spanish pianist Eduardo del Pueyo.

From him she acquired her profound knowledge of Spanish piano music which was honoured by a special prize for Interpretation of Spanish Music at the Festival of Santander in 1980. Having already been awarded prizes in international piano competitions, in 1976 she went on to win the Premio Jaen in 1976 and the Vina del Mar Prize in Chile in 1978.

Michiko Tsuda has lived in Switzerland since 1980 and continues to give concerts worldwide. She frequently performs with well-known orchestras in Europe, Japan and North and South America and has also given many recitals. Her Tokyo Cycle is a series of recitals which have enchanted her audiences in Tokyo. In 2001 Michiko Tsuda initiated her own festival concert entitled: MTMT (Michiko Tsuda Musik Treffen/Meet the Music of Michiko Tsuda) in the Kleiner Tonhalle Saal (the small concert hall) in Zurich. Her repertoire ranges from Bach to contemporary composers and includes numerous little-known works.

Her CD recordings appear under the „Cyprès“ label. Her outstanding technique, a method developed by Franz Liszt and systemised by Marie Jaël, produces a controlled touch which lead to a brilliant and exceptional transparency of sound and a tremendous strength that is always delicately mastered. 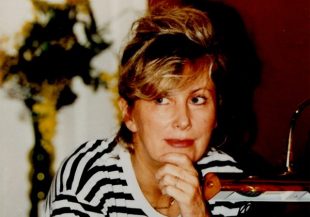 Ewa Osinska is a Laureate of the (1968) Alfredo Casella International Piano Competition in Naples, as well as a winner of First Prize at the (1970) Jaen International Piano Competition in Spain. She graduated from the then Higher State School of Music in Warsaw (a forerunner of today’s Fryderyk Chopin University of Music), where she attended the classes of Prof. Zbigniew Drzewiecki and Ryszard Bakst; as well as from the Paris Conservatoire, at which she studied under Prof. Vlado Perlemuter and Suzanne Roche, and graduated with a Diploma with Distinction and the Prix d’Excellence. Back in Poland, she availed herself of artistic consultations with pianist Jadwiga Sukiennicka.

She was the first person to perform Dmitri Shostokovich’s First Piano Sonata in Paris, London, Lausanne and Warsaw; Karol Szymanowski’s Sonata No. 1 in Paris, the Polonaise Brillante C-dur op. 3 by Chopin in Paris and Warsaw; and – at the (1989) Festival of Contemporary Music in Alicante – the work by Tomasz Sikorski entitled Eufonia, which was dedicated to the artist.

In May 2004, Ms Osinska was honoured to appear at London’s Victoria Hall, for a gala Chopin recital inaugurating celebrations of Poland’s accession to the EU.

She has recorded for television, radio and firms producing CDs both in Poland and abroad. She played for Sony Classical in London, the pianist made the world first recording of the aforementioned Polonaise Brillante C-dur op.3, in a 1994 recording also featuring Yo-Yo Ma and Emanuel Ax. She has also recorded 16 discs of Chopin’s music for French firm Cassiopée and for Columbia Japan. The recording company Polskie Nagrania has in turn issued her renditions of Mozart’s 4 Piano Concertos, with the Polish Chamber Orchestra under the direction of Jerzy Maksymiuk, as well as the 2-CD Portret, which includes works ranging from Bach to Shostakovich, as well as Chopin’s Variations Brillantes (opus 12), and his 24 Preludes (op. 28).

Ewa Osińska has sat on the Juries of the leading international piano competitions taking place in Barcelona, Brest, Bydgoszcz, Jaen, Moscow, Paris, Palma de Mallorca, Beijing, Porto and Valencia, amongst other cities. She also runs maestro courses in Europe, Asia and South America. She is a member of the Polish Culture Foundation in Warsaw, as well as the Association des Artistes Musiciens Polonais in France.

Ms Osinska received the Medal for Merit to Polish Culture (Zasłużony dla Kultury Polskiej), from the President of Poland the Knight’s Cross of the Polonia Restituta Order, and in France L’Ordre du Merite Artistique and the Chevalier de L’Ordre International des Art.

The prestigious Dictionnaires des Disques from Diapason (Robert Laffont 1981) distinguished Ewa Osinska’s recording of the full set of Chopin’s Mazurkas, as the recommendation from among performers around the world (p. 256).

Pianist and Professor of the High Conservatory of Music of Jaén. Began his studies of music at the Conservatory Santa Cruz in Tenerife with Maria Isabel Pérez Canino and Amparo Barrera and proceeded in Seville with Ramón Coll. Continued later at the Royal High Conservatory of Music of Madrid with Professor Guillermo González and his assistant Consuelo Mejías, where he obtained the Avanced Degree in Piano, graduated with the highest qualification and Honourable Mention.

Obtained the Diploma of Advanced Studies (D.E.A.) in the Department of Didactics and School Organization and Special Didactic, within the Doctoral Program of “curricular, technological and institutional Innovations” of the National Distance Education University (U.N.E.D.).

He has performed as soloist and as a member of chamber music groups in several Spanish and European cities. He is a member of the Chamber Ensemble of Jaén (ENCAJA). The specialized media has emphasized his sensitivity and technique: "Ernesto Rocío obtains beautiful sonorities of the instrument, through a sure and clear mechanism" (El Mundo/Newspaper).

Since 1997, he is a member of the Assesoring Committee of the International Piano Competition Prize “Jaén".