Over 50 players from 20 countries inscribed for the 60th Jaén International Piano Competition, which will be longer and grant more prizes 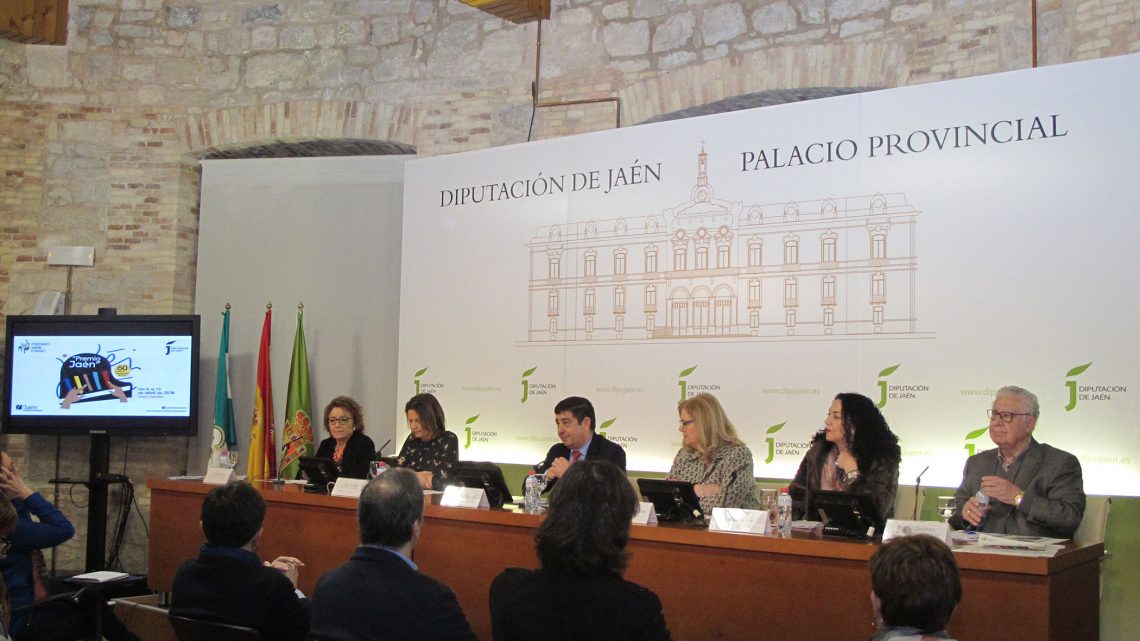 The Jaén International Piano Competition, held by the City Council, is reaching this year its 60th anniversary. Because of such a special occasion, over 150 activities are included in this event alongside a greater duration of the contest and greater prizes. That has been the remark of the Administration president, Francisco Reyes, who pointed out that there has been a total of 51 registrations from 20 countries “figures that prove the prestige and dimension this event has achieved”, he said.

Most of the contestants come from South Corea (7), followed closely by China and Spain (6), and Russia (5). The presentation of the competition has gathered Francisco Reyes, the president, Francisca Molina, delegate of the government in Jaén, Ana Cobo, the delegate of the Andalusian government in Jaén, Isabel Azañón, councilwoman of Culture of the City Hall, the president of the Fundación Unicaja of Jaén, Carmen Espín and Pedro Jiménez, secretary of the jury. The president said that the contest “is the jewel of the cultural activities of Jaén, a very appreciated and supported event by the local administration, that is sponsoring over 90% of the total budget for this activity, being aware of its quality, trajectory and importance”.

This year the contest is longer than usual “because of the creation of a new prize given to chamber music, a test in which the participants reaching the semifinal will have to interpret a piece with the prestigious Cuarteto Bretón”, the president added. This way, the competition will take place over ten days from Wednesday 4th of April, when the traditional draw that decides the order in which the players will perform will take place, as well as the opening concert, given by the great English pianist Paul Lewis, until Friday the 13, when the finalist will perform along the Ciudad de Granada orchestra. In this stage the players will be able to chose between 9 works instead of the traditional 6.

The incorporation of this new prize for chamber music of 8,000 euro means that the contest is giving out 60,000 euro in prizes. The first prize consists on 20,000 euro, a gold medal, the making of a record with the label Naxos and a series of concerts in Jaén, Granada, Málaga, Úbeda, Germany and Brazil, the latter for the first time ever in this tour. The second award is 12,000 euro and the third, sponsored by Unicaja, 8,000. Besides them are the Rosa Sabater award, given by the City Council to the best Spanish music interpretation and the Contemporary Music award, sponsored by INAEM and given to the best performance of the mandatory work, with another 6,000 euro.

The jury of this edition will be chaired again by the Spanish pianist Albert Atenelle, with Pedro Jiménez Cavallé acting as secretary of the contest. The spokesmen this year are two former winners of the competition, the British Graham Scott and Johan Salmon, from United States, who won the prize in 1991 and 1979, respectively. the pianists Yukine Uehara, from Japan, Pilar Bilbao, from Spain and Miguel Proença from Brazil are completing the jury.

“The Jaén International has been propelling the culture of this city for 60 years” said Ana Cobo, who also wanted to stress that its importance is known worldwide. The delegate of the government in Jaén, Francisca Molina agreed, adding that this prize “has become a reference nationally and internationally, putting anyone who wins this competition on the map”

The councilwoman of Education from the City Hall wanted to stress the strengthening in “time, quality and prestige” of the contest, that makes the city “filled with culture and music, making the name of our city famous all over the world”. Carmen Espín, form Unicaja, pointed out that the competition and activities make the province “a paradise for the every sense”.

Apart from the commemorative acts of the 60th edition, the City Council has organised several activities destined to “reinforce the relationship between the city and the piano, something that we want everybody to enjoy, trying to make it more available, getting it closer to the street and being proud of showing that relationship to the world”, said Reyes.

In this sense, the Piano Marathon was held last week and the next April 2 and 3 the traditional concerts in the street will be taking place at the City Council, the Plaza de Santa María, the Jaén University and the Plaza Deán Mazas. The performances will reach every part of the province with five recitals of the eliminated participants in different towns and the celebration for its seventh consecutive time of the contest My Piano, held within social media to encourage the little ones to appreciate this instrument.

Finally, some piano shaped information displays have been installed in strategic places of the city and the next April 7 José María Sánchez-Verdú, composer of this year’s mandatory work, titled “Jardín de Espejos”, will celebrate a meeting at the Real Sociedad Económica de Amigos del País.