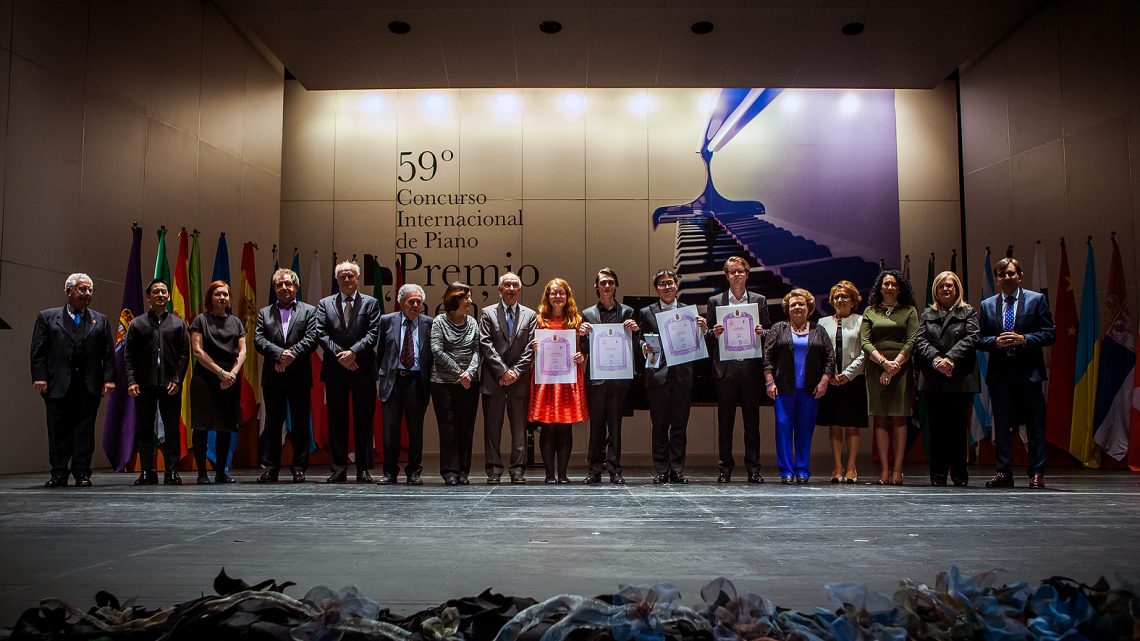 Wang becomes the third Chinese winning this award, followed by Dmitry Mayboroda from Russia and Leon Bernsdorf, from Germany

The pianist Chung Wang, from China, is the new winner of the 59th Jaén International Piano Competition, held by the City Council, that finished today with the performance with the Ciudad de Granada Orchestra, directed by Paul Mann. According to the Jury, presided by the prestigious musician Albert Attenelle, the Chinese deserved the prize for his interpretation of the concert for piano and orchestra in G major from Ravel.

Chung was born in 1990 and has already won several awards like the UNISA International of South-Africa, the Villa-Lobos from Brazil or the Animato from Paris. In this way, he becomes the third Chinese to win this prize that has winners from 21 countries, all of them under the age of 32.

The Vicepresident of the City Council, Pilar Parra, along with the Deputy for Culture and Sports, Juan Ángel Pérez, the provincial Deputy, Ángel Vera, the delegate of the Government, Francisca Molina, the councillor of Culture of Jaén, Yolanda Caballero and the president of the Unicaja Foundation, Carmen Espín, have given this award to the player, that consists on 20,000 euro, a golden medal, a diploma, a recording with the label Naxos and a six-concert tour sponsored by the Real Sociedad Económica de Amigos del País, the Ciudad de Granada Orchestra, the Eusophia Foundation from Málaga and Ferd. Thürmer at the concert hall “Thürmersaal” in Bochum, Germany.

Bernsdorf has also been awarded with the Rosa Sabater Award, given by the Jury to the best interpretation of Spanish music, sponsored by the Town Council with 6,000 euro and a concert at the Real Sociedad Económica de Amigos del País.

The fifth award of the night went to Aurelia Visovan for his performance of the mandatory work, with 6,000 euro and who was one of the eight semifinalists of this edition. This piece was composed by Josué Bonnín de Góngora, called Fantasía Jiennense.

Finally, the Audience award went to the Russian Dmitry Mayboroda, which was a 25 centimeter bronze piano shaped sculpture given by the Asociación de Amigos del Premio Piano.

The event closed with the traditional performance of the pianists that received the Rosa Sabater award and the Contemporary Music Award, an event that has gathered 39 pianists from 13 countries.