Six pianists are looking for a place in the final of the 60th Jaén International Piano Competition, hold by the City Council 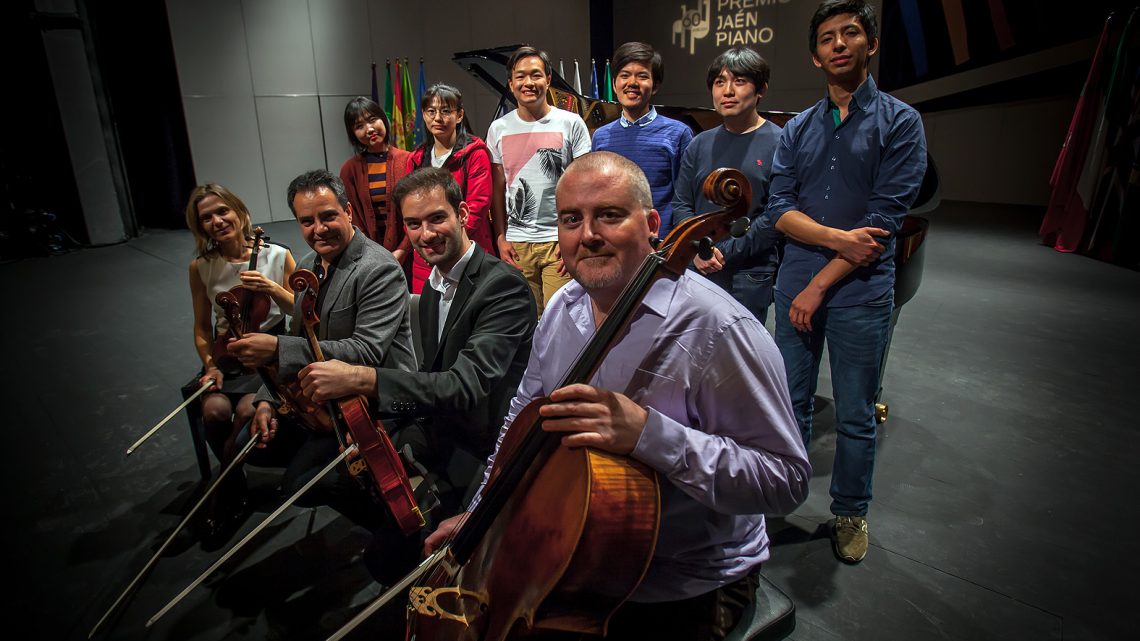 For the first time in its history the players are interpreting chamber music pieces for this stage, accompanied by the Bretón Quartet

Six players are performing next Wednesday, April 11 in the semifinal of the 60th Jaén International Piano Competition. The next stage is taking place at the Infanta Leonor theatre at 11.00, with the participation of Jin-Hyeon Lee, Honggi Kim and Da Young Kim (South Korea); Ran Feng (China); Jorge Nava Vásquez (Spain) and Shaun Choo (Singapur).

For the first time in its history and because of the celebration of this anniversary, contestants must play a chamber music piece to be chosen between a quintet with piano from Franck, Brahms or Schumann or the quintet number 2 in A major Opus 81, B.155 from Dvorak. They will be playing with the companion of the Bretón Quartet, which will be rehearsing with them tomorrow Tuesday April 10, at the Infanta Leonor theatre of Jaén.

The best performance of this work will get the new prize dedicated to this kind of music, joining the catalogue of prizes given by this contest. This award has been created to commemorate the anniversary of this competition with 8,000 euros given by the City Council.

Besides, the six players must perform an important, widely internationally edited second piece chosen between composers from the 20th and 21st century like Bartók, Janacek, Messiaen, Ligeti or Barber. All of this, during a maximum of 60 minutes.

Also starting on Wednesday is the little trip the competition is taking to different towns of the province through several recitals in which the participants who have not reached this semifinal are taking part in. The first of these series will be celebrated on Wednesday at the Casa de la Cultura of Bailén, starting at 20.00, while during Thursday recitals will be celebrated at the Pep ventura Elementary Music Conservatory in Alcalá la Real, from 19.00, and one hour later, from 20.00, at the Conservatory Maestro Paterna and Sebastián Valero from Cazorla and Huelma, respectively.