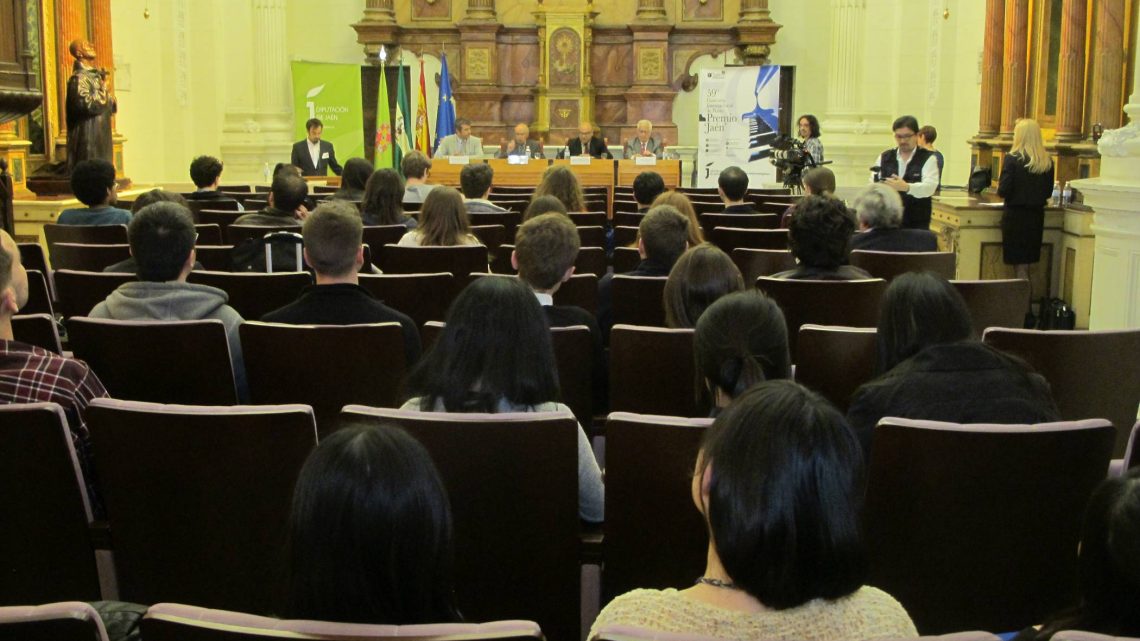 The City Council is organizing the event once again this year, which started today with the intervention draw and the concert of the French soloist Jean-François Heisser.

A total of 39 interpreters from 13 countries are participating in the 59th edition of the Jaén International Piano Competition, an event organized by the City Council and that is taking place from today until the next 28th of April. This number has been announced after the draw that defined the intervention order, celebrated at the Antiguo Hospital San Juan de Dios. It defines the time and order these young pianists, all of them under 32, will be playing, and it is starting Friday, from 11.00 hours until the next Sunday at 20:00.

The Vice-president and Deputy of Promotion and Tourism, Manuel Fernández, Albert Atenelle, the president of the Jury and the Secretary of the competition, Pedro Jiménez Caballé, presented this event, that concluded with the opening concert of the French soloist Jean-François Heisser, who is also a member of the Jury.

The 39 young players of the contest, one of the oldest of its kind in Spain, are coming from 13 countries and three continents and will be fighting for the award since Friday morning during the first round of the competition that is taking place at the Infanta Leonor theatre, which is completely free for the audience. In this round, each of them must perform during a maximum of 20 minutes a total of four pieces: a prelude and a fugue from Bach, an étude from Chopin or Liszt, another one selected from works of either Scriabin, Debussy, Rachmaninov, Bartók, Stravinsky or Ligeti, and a fourth piece that will be free of choice.

The City Council is paying for the accomodation fees of the players and will also be giving another 300 euros to the ones reaching the second stage of the competition in order to facilitate their stay in the capital. There will be 400 for the ones getting to the third round that do not take any of the big five awards, that is giving away a total of 52,000 euro in prizes.