The soloist Jean-François Heisser is giving the opening concert of the 59th Jaén International Piano Contest with works from Albéniz, Ravel, Falla And Mompou 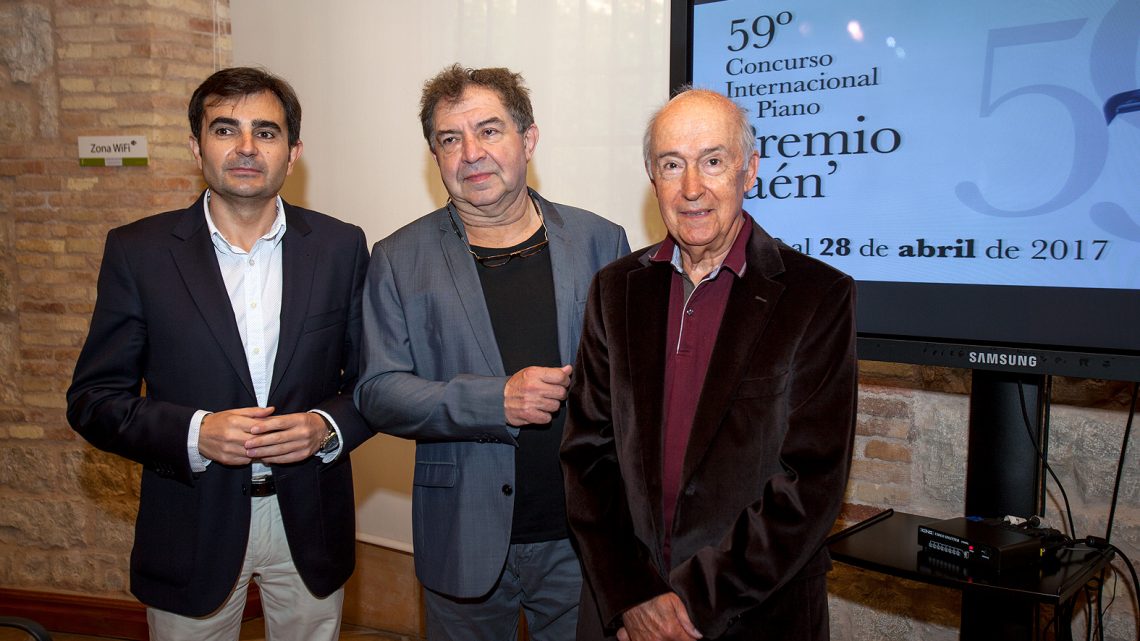 The scenario for the opening concert will be the Infanta Leonor theatre, that starts at 20:30 hours

The pianist Jean-François Heisser will give the opening concert of the 59th Jaén International Piano Contest, organized by the City Council, from 20:30 hours at the Infanta Leonor theatre of Jaén, with pieces from Albéniz, Falla, Ravel and Mompou.

Heisser himself has introduced the concert along with the Deputy of Culture and Sports, Miguel Ángel Pérez, and the president of the Jury, Albert Atenelle. This concert is given in memory of Rosa Sabater and Javier Alfonso, two of the most important Spanish piano players who were very close to the history of this competition. “Sabater is considered as one of the key figures of the Catalonian piano school of thought and acted as a vocal of the Jury of this competition from 1972 to 1982. On the other hand, Javier Alfonso, who won the Piano National Prize in 1940, was president of this contest’s Jury from 1966 until 1987”, reminded the Deputy, Juan Ángel Pérez.

The opening soloist of this year already won the first prize in 1974 and will also be a member of this years’ Jury. “He has a deep knowledge of Spanish music and has also published several works about it, like investigations and recordings” remarked Atenelle, who also wanted to stress the importance of having this French concert as part of the Jury because of his career and his knowledge on Spanish music, very present in the repertoire the players will have to perform.

During his intervention, Heisser showed repeatedly his satisfaction for being in charge of the opening concert as well as taking part in the Jury, reasons of his comeback to the city. “I was here for the first time 43 years ago, and it was my first trip out of France”, he said, only to remind that he met Rosa Sabater on that trip. He wanted to stress the huge importance Spanish music has had in his whole career, which he has been interpreting “for many years”. Heisser was made professor of the Paris Conservatory in 1991 and is currently artistic director of the French festival Soirées Musicales d’Arlés and the Orchestra Poitou Charentes, apart from recording a collection of Spanish music for Erato of Warner Music with six compact-discs that feature works from Albéniz, Falla or Granados

Prior to the concert of this edition, the draw that will determine the order of intervention of each participant will be celebrated at the Antiguo Hospital San Juan de Dios at 19:00 hours. During the act, the final number of participants will be settled for good, as 64 young interpreters from 17 countries have made the registration.