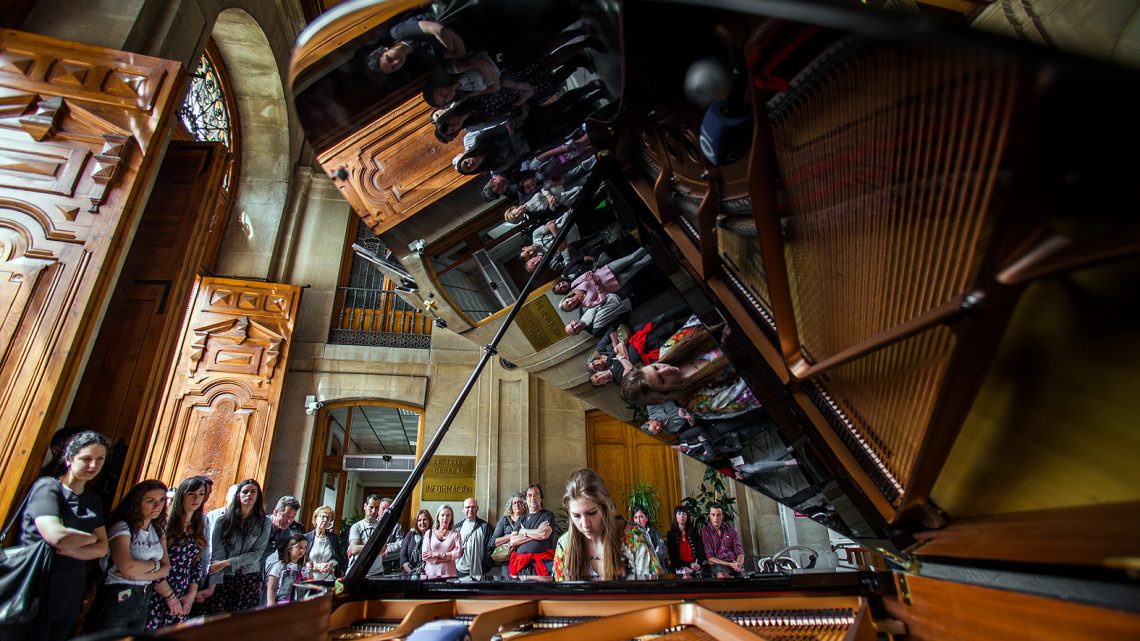 These recitals are celebrated as a prelude to the competition, celebrated this morning at the Provincial Palace and the Deán Mazas square, this afternoon

The 59th Jaén International Piano Competition, organized by the Jaén City Council, has begun in the streets of the capital through different concerts in several places, given by the students of the High Conservatory Andrés de Vandelvira as well as the students from the Professional Conservatory Ramón Garay of Jaén.

The Provincial Palace welcomed this morning one of the four street piano concerts, held by the City Council with the aim of bringing the competition closer to the citizens during the previous days and contributing to the diffusion of this prestigious contest, that is starting tomorrow, April 20, with the opening concert given by Jean François Heisser at the Infanta Leonor, from 20:30.

The street recitals, which are given by 15 students, are moving to the Deán Mazas square this afternoon, from 19:00 hours. Before that, yesterday, the Jaén University and the San Ildefonso square were the chosen spots for the rest of the recitals.

Along this events, the province Administration has also organized other activities like the 15th edition of the Piano Marathon, with the participation of almost 600 students from all over the province, the contest for children My Piano or the setting of the so called piano-benches in different places of the city providing relevant information of the competition.