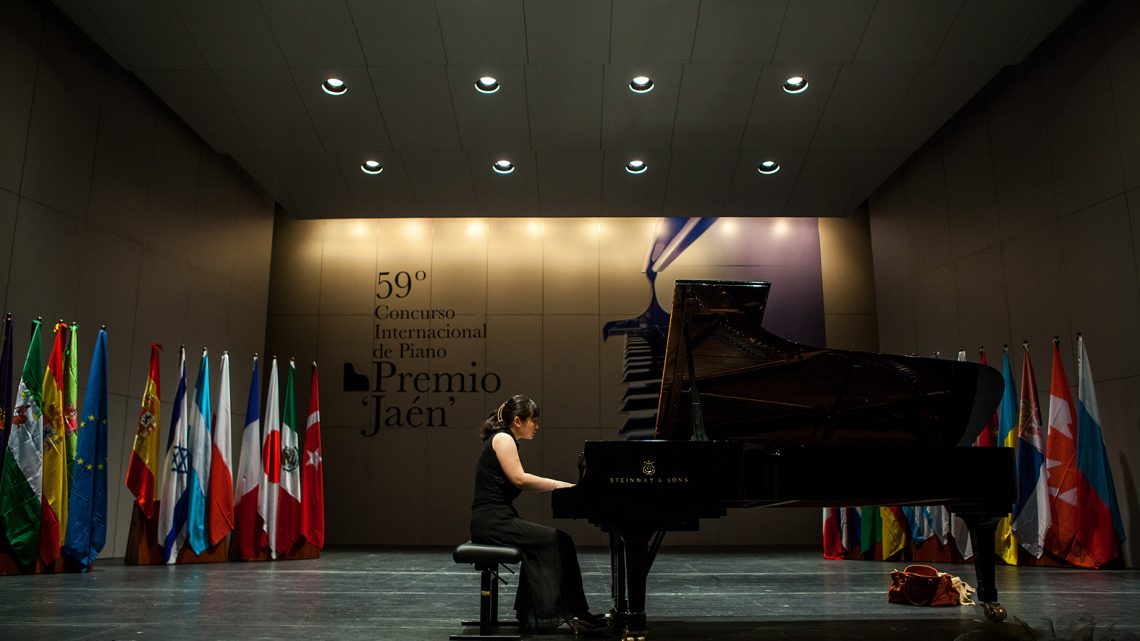 The players will perform the mandatory work “Fantasía Jiennense”, by Josué Bonnin de Góngora, during the second round, that is starting tomorrow at 10.00 hours at the Infanta Leonor theatre.

A total of 15 players have reached the second stage of the 59th Jaén International Piano Competition, organized by the City Council. The next round is starting tomorrow at 10:00 hours, at the Infanta Leonor theatre. The competition finishes Friday, April 28.

During their performance they will have to interpret three pieces in a maximum of 50 minutes, including the mandatory work, Fantasía Jiennense, that is going to determine the winner of the Contemporary Music Award, held by the Ministry of Culture, consisting in 6,000 euro. The players can read the score during for this piece. The music is composed by Josué Bonnin de Góngora, and is taken from the Cancionero Popular from Lola Torres, which includes four melenchones, “Donde mi morena duerme”, “A ya, ya”, “ Dile que no voy” and “Rin Rin qué batiburrilo”.

Apart from the work by Bonnín de Góngora, who will be present during the second stage along the rest of the members of the Jury, the participants will have to play another two works. One of them is to be chosen from compositions from either Haydn, Mozart, Beethoven or Schubert, and another one from pieces by Albéniz, Falla or Granados. This Spanish piece is going to determine which player is going to take the Rosa Sabater Award, that means 6,000 euro given by the Town Council.

The Jaén City Council is giving the 15 participants 300 euro in order to make their stay easier during the contest. There will be 400 euro to the ones reaching the semifinal not getting any of the five main awards, which means that the competition is giving out a total of 52,000 euro. The names of the winners of this award will be known after the final, next Friday, April 28.