Winning the 59th Jaén International Piano Competition would be of great importance for the finalists, they agree 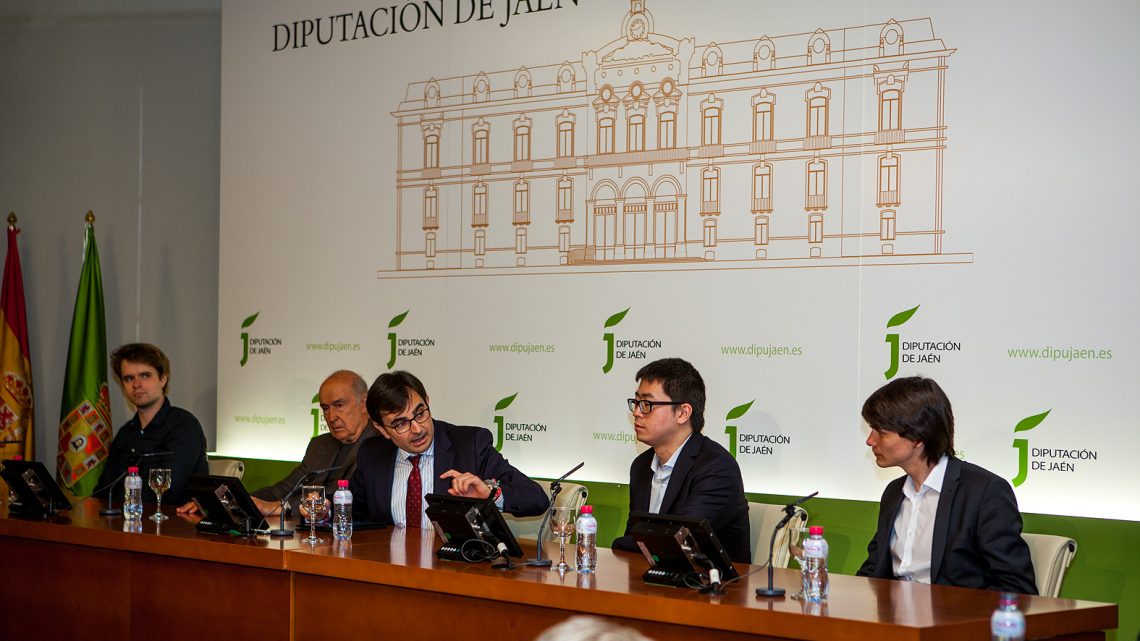 The final is taking place at the Infanta Leonor theatre with a German, a Russian and a Chinese fighting for the prize, sponsored by the Jaén City Council

The German Leon Bernsdorf, the Russian Dmitry Mayboroda and the Chinese Chun Wang, who are taking part in the 59th Jaén International Piano Competition, gave a press conference today sharing their views and experience so far in the contest. The Deputy of Culture and Sports, Juan Ángel Pérez and the president of the Jury, Albert Attenelle, presented this event along the contestants, who all stressed the huge importance that this competition means for the careers.

The head of Culture of the City Council introduced them as “three music geniuses that have demonstrated their preparation during the event and that are showing us what they are capable of when youth and sacrifice join together as one”. This edition “is running very smoothly, and with a very high level”. He was very content with the quality of the competitors and has also remarked that “we are already working on the next years’ 60th edition”.

The president of the Jury agreed with him, valuing the “care and the delicacy of the organization of this competition, that makes the musical culture of our country grow. The City Council and the organization of the competition deserve an appreciation and my gratitude for that”. The fact that this is the 59th edition “is a milestone because the are not may events with this longevity”.

Moreover, the three finalists said to be very happy to make it to the final, in which they will be playing with the Ciudad de Granada Orchestra at the Infanta Leonor theatre from 19:00 hours. Both Dmitry Mayboroda and Chung Wang are making their debut in the competition, while the German Leon Bernsdorf had already taken part in 2013.

The Russian piano player manifested his happiness “for reaching the final the first time I am participating”, being grateful with the Jury and the organization for giving him the chance of getting the first award. “It is a big challenge, because we had to pass four rounds and that is very stressful, but the organizers have given us such great facilities and a treatment that really permitted us to give the best that we have”, he finished.

Chun Wang subscribed the words of his peer, manifesting that “playing over two hours of music is very difficult”. His experience in Jaén has been very positive, “I really like this country and this city, especially the food”.

Finally, the German interpreter expressed his satisfaction “for improving in comparison to my last participation, when I was eliminated after the second qualifier”. His goal was to “make it better than the last time and try to give the best of me, overcoming the difficulties of playing a great repertoire”. Besides, “I was able to enjoy the city more this time, visiting the castle, the cathedral and city centre. I am really excited about being here”, he said.

The president of the 59th edition defined the players as “three very different personalities, three different ways of interpreting music but with rigour, exactitude and accuracy”. Because of this, Albert Attenelle is trusting that “tomorrow’s final, in which they will interpret pieces by Chopin, Ravel and Beethoven and that is already sold out, will be one of the best in the history of this competition”.