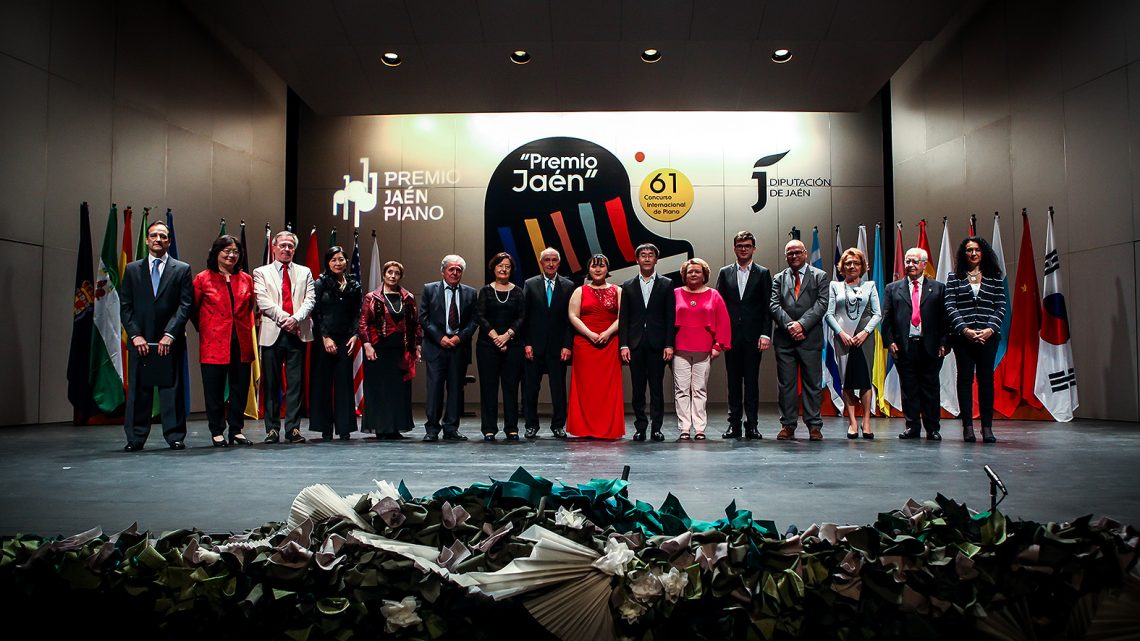 The Russian pianist Alexander Koryakin has been the winner of the 61st edition of the Jaén International Piano Competition, organised by the Jaén City Council, for his performance of the concert for piano and orchestra number 1 in E flat major S.124, Liszt, during the final of this prestigious event that was held today at the Infanta Leonor Theatre in Jaén. The performance of Koryakin has been, in the opinion of the jury of this contest, chaired again by the Catalan pianist Albert Attenelle, the best performance of the final at the Infanta Leonor Theatre in Jaén, in which performers played accompanied by the City of Granada Orchestra, directed by Paul Mann.

The vice president of the Jaén City Council, Pilar Parra, has been commissioned to give the first prize of this contest, which is endowed with 20,000 euros contributed by the provincial Administration and which also includes a Gold Medal and diploma, the recording of an album with the label Naxos and a four-date tour, with recitals in Granada tomorrow, Saturday, May 4, and eventually in Jaén, Úbeda and Bochum (Germany).

With this award, the Russian interpreter has become the sixth pianist of his nationality to inscribe his name in the list of winners of this contest that, to date, have obtained pianists from 22 different countries. Alexander Koryakin was born in 1988, and throughout his career has already offered more than 500 recitals, as well as having a wide list of awards in which there are first prizes in competitions such as Vladimir Horowitz, of Ukraine, or Semyon Bendistsky, of Russia, among others.

After his performance in this final, the second concert best valued by the jury has been the one made by the American Sun-A Park, who has performed the same work as the winner, a performance for which she has obtained the second prize of this contest, 12,000 euros, contributed by the council. Finally, the third prize of this edition, endowed with 8,000 euros and sponsored by the Unicaja Foundation, has been for the youngest of the three finalists, the French Nicolas Bourdoncle, who has offered the concert for piano and orchestra number 1, in E minor Op. 11, by Chopin.

Along with the three main awards, in this ceremony the name of the winners of the special prizes of this contest has also been announced in the presence of the second vice president of the Council, Manuel Fernández, the Councilwoman for Culture of the City of Jaén, Isabel Azañón, the president of the Unicaja-Jaén Foundation Carmen Espín, and the former secretary of the jury of this contest, Pedro Jiménez Cavallé.

The first of them, dedicated to chamber music, which was created last year and which is endowed with 8,000 euros paid by the council, has also fallen into the hands of the winner of the contest, Alexander Koryakin. As for the “Rosa Sabater”, which is awarded to the best Spanish music performer and has an endowment of 6,000 euros contributed by the City Council and a concert sponsored by the Real Sociedad Económica de Amigos del País de Jaén. The winner was the American Sun-A Park.

The list of prizes of this 61st edition counts also with the French Nicolas Bourdoncle, that has obtained the Prize of Contemporary Music that is sponsored by the INAEM and another 6,000 Euros have been granted to him, in addition to the third prize of this contest . Finally, the Audience Award, awarded by the public attending this final test -a bronze sculpture of about 25 centimetres allusive to a piano and handed over by the Asociación de Amigos del Premio Piano- has also been given to the winner of the competition , the Russian Alexander Koryakin.

The competition was over with the award ceremony and the performance of the winner. The audience has once again supported the event by filling the Infanta Leonor Theatre in Jaén to witness the grand finale live.