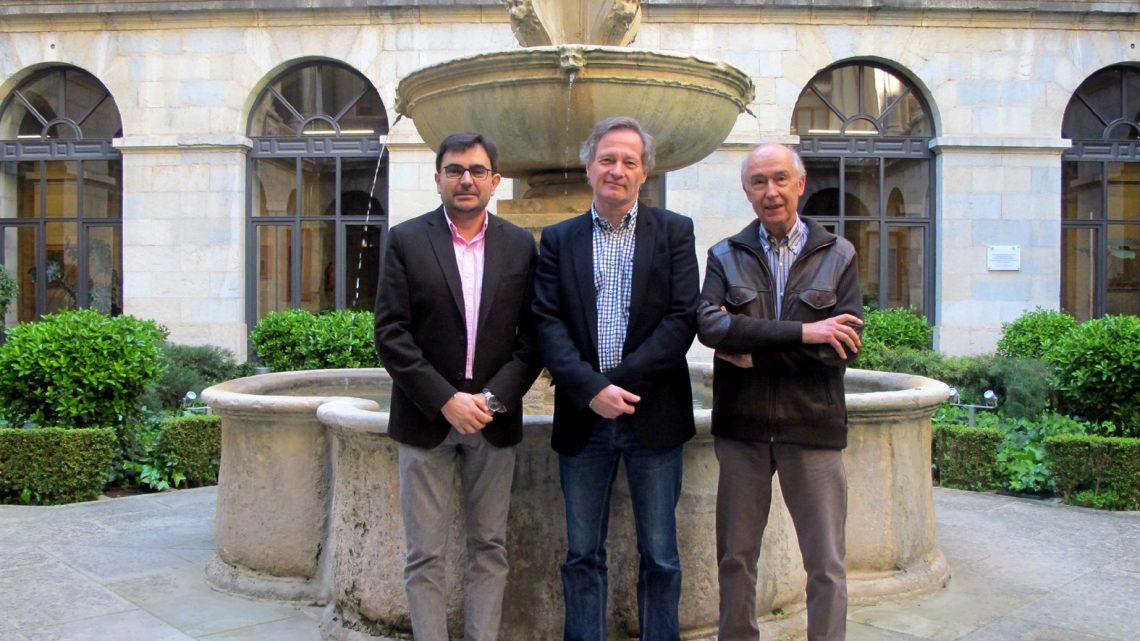 He is going to interpret works from Haydn, Schumman and Schubert after the intervention draw.

The 58th Jaén International Piano Competition, held by the City Council, is starting tonight with the intervention draw and the performance of the German pianist Ralf Nattkemper. He will be playing works composed by Haydn, Schumann and Schubert.

Culture Deputy, Juan Ángel Pérez, made the introduction of this press conference along Nattkemper and Albert Attenelle, president of the Jury. The deputy manifested that “today is a very special day for me, because this is the first time that I will be here as a Deputy,introducing one of the oldest and most prestigious musical events of Spain. This contest raises the impact of our city and our culture national and internationally, which I think should make every citizen feel very proud”.

When asked about the opening concert, the Deputy reminded that “it is dedicated to the memory of Javier Alfonso and Rosa Sabater, two pianists that will be forever joined to this competition”. In fact, the first one was acting president of the Jury during 1966 and 1987, while Rosa Sabater “was member of the Jury between 1972 and 1982, when she sadly died. After this tragic incident, the competition decided to create an award with her name to honour the relationship she had with Spanish music, in which she was an expert”, he finished.

This is also the first year that Albert Attenelle will preside this Jury, “to me, it is an honour, I am very proud of myself looking at the people who were president of the Jury before me”. As the maximum authority in the Jury, he will have to take the final decision in choosing the winner, although he is “sure that with such a great team, such prestigious members that are so influential in the piano world, we will be able to reach a verdict that will fit everyone of the members”.

Lastly, the German musician declared that “it is an honour and a privilege to be here as a member of the Jury and to be opening in one of the most prestigious competitions of Spain” He then proceeded to explain in detail the programme he will be interpreting, starting with Haydn. “I love to interpret German and Austrian music. Haydn is not played that often despite having composed 60 symphonies, the double as Beethoven, for example” About Schumann, he said “his work is very famous around the globe but most of the time, the contestants choose another kind of work, faster, stronger.

That is why I wanted to play this work, although I have not played it in a while, because I wanted to show other things”. He will finish with one of Schubert´s last sonatas “one of the three last sonatas, composed in 1828, two moths before passing away. It is quite a long sonata, almost like a symphony. A lot of musicians are now interested in it because of Richter´s interpretation”, he concluded.