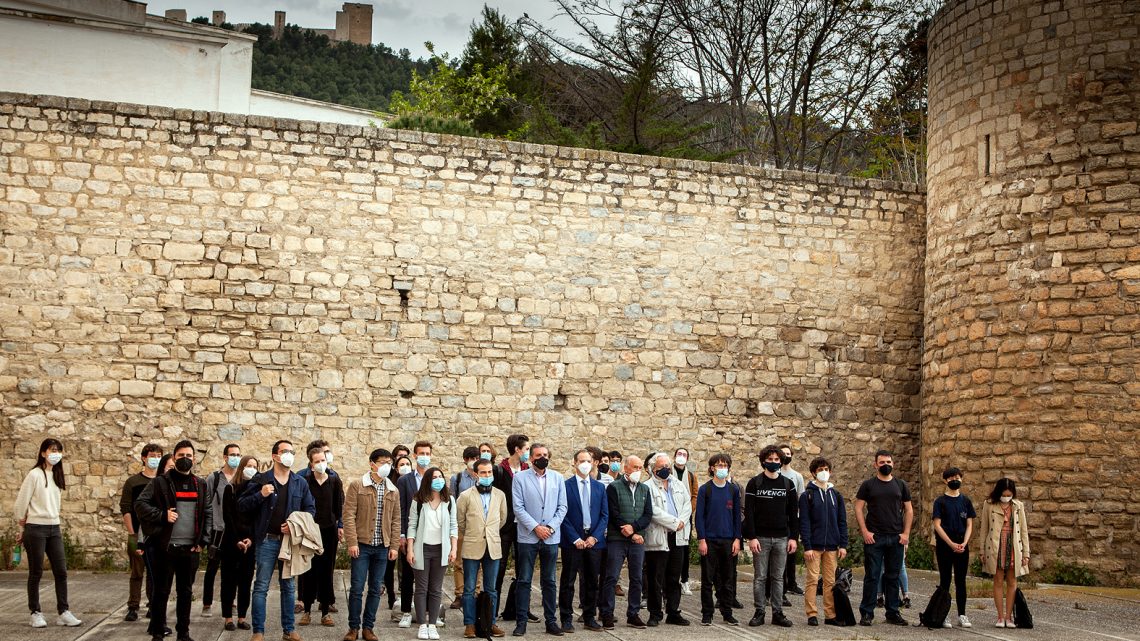 The 62nd edition of the Jaén International Piano Competition, organised by the City Council will finally include the participation of 44 young interpreters from four continents and 18 countries (Spain, United States, China, South Korea, France, Italy, Japan , United Kingdom, Russia, Holland, Taiwan, Australia, Lithuania, Switzerland, Bulgaria, Austria, Singapore and Ukraine). All of them will compete to win one of the seven awards of this prestigious musical contest until next April 17. This contest has started today with the draw for the order of intervention of interpreters taking part in this edition and the opening concert, offered by the Croatian pianist Ivo Pogorelich.

The deputy for Culture and Sports, Ángel Vera, together with the president of the jury for this edition, the Catalan musician Albert Attenelle, and the secretary of the jury, Ernesto Rocío, have been present in the draw that has determined the order of intervention of the contestants, in which the total number of participants and the day and time they will have to play in the first phase have been specified.

After that, Ivo Pogorelich has offered a recital at the New Infanta Leonor Theatre in which he has performed the Sonata No. 3 in B minor Op.58 and Three Mazurcas Op.59, by Chopin, and the work Gaspard de la nuit by Ravel, pieces that he has selected, as the pianist himself has explained, “at the public’s request”, and that he will soon record on an album. This prestigious Croatian soloist has also shown his satisfaction at inaugurating this contest “which is a well-known cultural event and in which I am very happy to participate”, he said.

On April 11, the author Sebastián Marine will present the composition that he has especially created for this competition. The work is entitled “I kneel”, a piece that tries to reflect the joy of children’s games and that will be the main attraction of the second phase of the contest. From April 12 to 15, this second and third elimination rounds will take place with the participation of those who advance in the contest. The third phase, in which contestants must face the chamber music test with the Bretón Quartet, can be followed live through the YouTube channel of the Jaén City Council, as well as the grand final, scheduled for Saturday April 17, in which the finalists will perform accompanied by the Málaga Philharmonic Orchestra. All works will be played from memory, except for the commissioned work and the chamber music test, which may be performed with the score.

The Jaén City Council will distribute 60,000 euros in prizes to the young musicians awarded in this contest in different categories. Thus, the first prize, endowed with 20,000 euros, will also include the recording of an album with the label Naxos and a tour of ten concerts, while the second and third will have an endowment of 12 and 8,000 euros, respectively.

Along with these 3 main awards, there are four more: the Chamber Music Award, endowed with 8,000 euros; the Rosa Sabater and the Contemporary Music Awards, rewarded with 6,000 euros, and the Audience Award, which consists of a bronze sculpture without financial endowment.

In addition to these distinctions, the organisation also pays the accommodation costs of all the contestants, apart from granting those who pass the first test a 300-euro travel bag, which will be increased to 400 euros for those who reach the third round. In this way it easier for the participants to stay in the city while they are taking part in the contest.