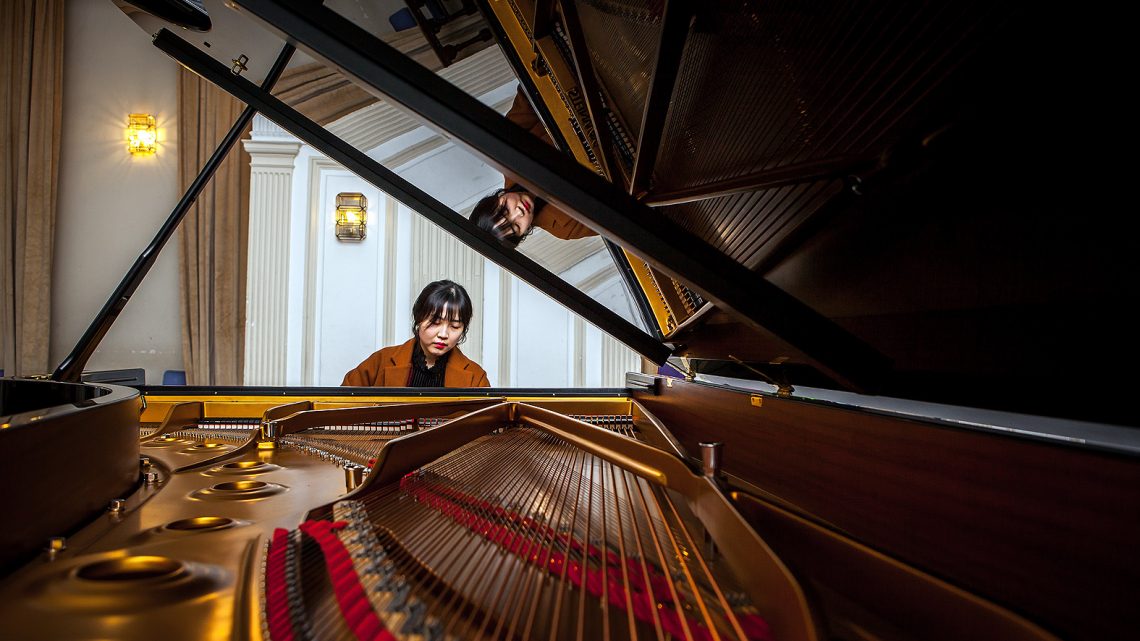 The Infanta Leonor theatre is holding the next stage on Sunday and Monday, in which the participants must perform the mandatory piece, “Jardín de Espejos”, composed by José María Sánchez Verdú

Only 15 young players have reached the second stage of the Jaén International Piano Competition, held by the City Council. That was the decision of the jury, chaired by Albert Attenelle, after the celebration of the first stage of this prestigious contest.

In particular, each contestant must perform three pieces during a total of 50 minutes. One of them, the only one they can actually read, will be the mandatory work, composed by the renowned Andalusian composer José María Sánchez Verdú, entitled Jardín de Espejos. The second piece must be chosen among sonatas from Haydn, Mozart, Beethoven and Schubert, while the third one is to be chosen from Iberia or Navarra, by Albéniz, Fantasía Bética or the Four Spanish Pieces, by Falla and a work from Goyescas, by Granados.

The city Council is giving away 300 euro travel bags to the qualifying participants in order to make their stay a bit easier. There will be 400 euros for the ones getting to the next stage that do not win any of the six major prizes of the competition, which is giving away 60,000 euro this year.

The jury will select the players who reach the semifinal of this edition, that will be celebrated on Wednesday, April 11, and in which they will interpret, for the first time on the history of this contest, chamber music pieces, accompanied by the Bretón Quartet.

Also today, Saturday, there has been a conference with the composer of the mandatory work of this edition, in which the composer himself, José María Sánchez Verdú, has explained the content of his composition at the Real Sociedad Económica de Amigos del País, with the intervention of the composer Zulema de la Cruz, member of the Advisory Concil of the competition and the secretary of the jury, Pedro Jiménez Cavallé.