A Russian, a British and a Taiwanese will compete for the 62nd Jaén International Piano Competition 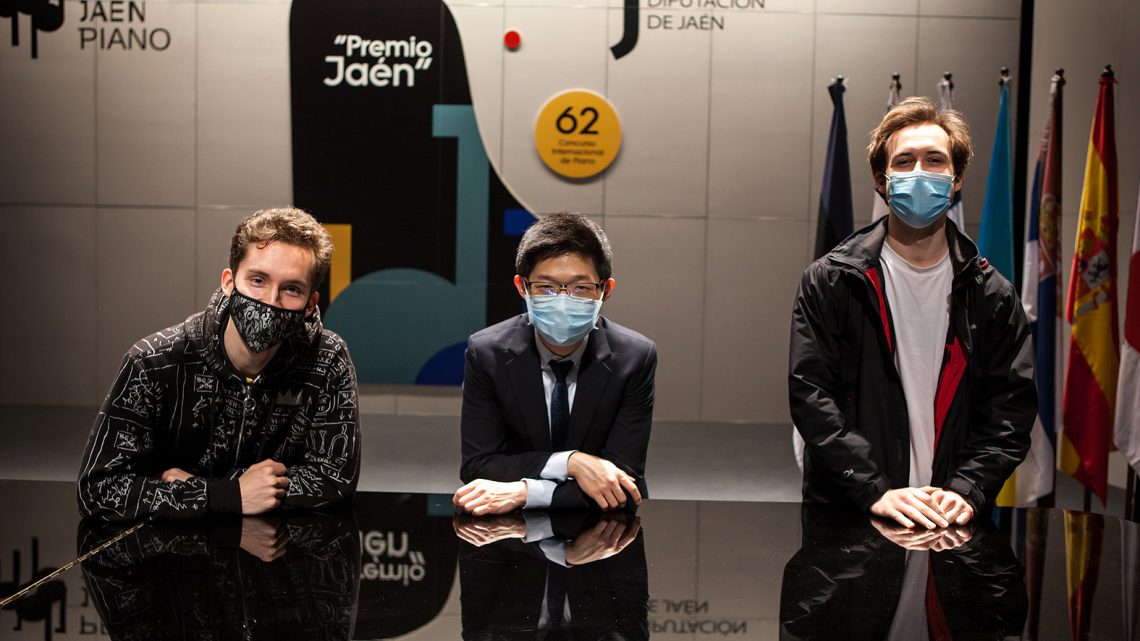 The final of this prestigious competition will be held on Saturday, April 17, at the Infanta Leonor Theatre, where the pianists will play accompanied by the Málaga Philharmonic Orchestra.

The young pianists Valentin Malinin (Russia), Dominic Doutney (United Kingdom) and Po-Wei Ger (Taiwan) will be the finalists of the 62nd edition of the Jaén International Piano Competition Premio, one of the oldest and most prestigious in Spain of its kind and which is organised by the City Council. These interpreters have been, in the opinion of the jury, chaired by Albert Attenelle, the best three of this edition and therefore they will perform in the grand finale on April 17 along with the Málaga Philharmonic Orchestra, conducted by Salvador Vázquez, a concert that can be followed live through the council’s YouTube channel.

In the final stage, the finalists will compete for the first prize of this event, which is endowed with 20,000 euros and a Gold Medal. In addition, the winner will record an album with the specialised record label Naxos and will go on a tour of ten concerts. One of them sis ponsored by  the Sociedad Económica de Amigos del País de Jaén, another by the International Festival of Music and Dance “Ciudad de Úbeda” and the last one by the Philharmonic Orchestra of Málaga, within the Cycle of Chamber Music of the Picasso Museum in Málaga.

In the grand finale, the first pianist to perform will be the Russian Valentin Malinin, an audition for which he has chosen Tchaikovsky’s Concerto for Piano and Orchestra No.1 in B-flat minor Opus 23. The musical training of this young man, born in 2001, took place in various schools in his native country, until 2020, when he moved to Berlin to complete his training. During his musical career he has obtained several awards, including an award at the “Ferruccio Busoni” as well as in national competitions in Russia.

After his performance, the British pianist Dominic Doutney, born in 1996, will play the concerto for piano and orchestra number 1 in D minor Opus 15, by Brahms. This pianist began his musical studies at the Royal College of Music Junior, continuing his training at the Cardinal Vaughan Memorial School, until 2014, when he entered the Royal College of Music, in London. In his musical career he has won various national awards in Great Britain and given numerous recitals.

Finally, the audience will listen to the Taiwanese-born pianist Po-Wei Ger, who will perform Beethoven’s Concerto for Piano and Orchestra No. 4 in G major, Opus 58, in this final stage. Born in 1995, this interpreter began his training at the Taipei Higher School, subsequently accessing the Manhattan School of Music, and since 2018 he has been studying at the Yale School of Music. Ger has won numerous international awards such as the one from Panama in 2015 and 2016 or the one from the Mozarteum Summer Academy in 2012, as well as national recognitions in Asia.

These three young pianists will be accompanied in their performances by the Málaga Philharmonic Orchestra, conducted on this occasion by Salvador Vázquez. Formed in 1991, this musical group has received awards such as the “Málaga Prize” for the best musical work of 2001, among other distinctions from various cultural entities, both at a provincial and national level. The SGAE also granted him a special award in 2007 in recognition of his work in favor of contemporary Spanish music and in 2017 the Málaga City Council awarded him the Distinction of Honor of the Province for the cultural and social development of the province.