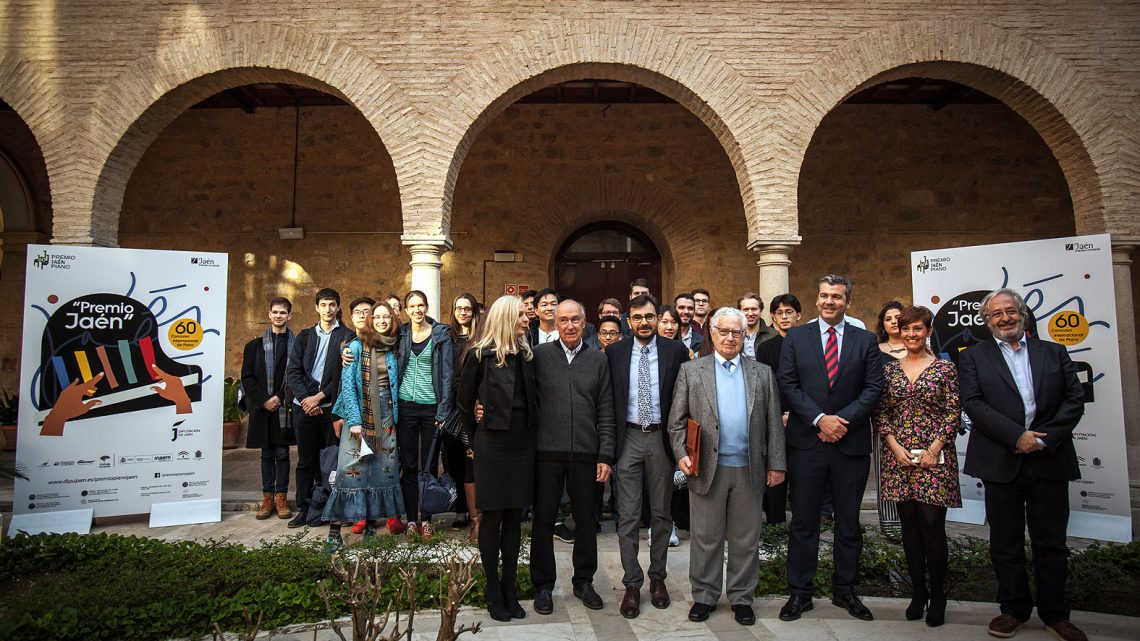 The City Council is holding this music contest, which began today with the draw of interven-tion and the opening concert of the prestigious British pianist Paul Lewis

In the 60th edition of the Jaén International Piano Contest there will finally be 39 competitors from 18 countries. The event, held by the City Council has started today with the traditional draw of lots that decided the order of intervention of each partici-pant in an act celebrated at the Antiguo Hospital San Juan de Dios. The first round is starting tomorrow, Thursday, at 11.00 and is taking place until next Saturday at 20.00 approximately.

The draw took place in the presence of the deputy for Culture and Sports, Juan Ángel Pérez, the secretary of the competition, Pedro Jiménez Cavallé and the president of the Jury, Albert Attenelle. After that, all of them went to the Infanta Leonor theatre to attend to the opening concert of this edition, given by the renowned British soloist Paul Lewis.

The 39 participants will perform at the Paraninfo of the Jaén Music Conservato-ry, a round that is free-entry for the audience. During this stage, the players must per-form four pieces during a maximum of 20 minutes: a prelude and fugue from Bach, a study selected between works from Chopin, Liszt, Scriabin, Rachmaninov, Bartók, Stra-vinsky or Ligeti, and another work from either Debussy or Ravel.

The City Council is paying for the accommodation fees of the participants and is giving away 300 euro travel funds for the ones reaching the next stage, with the aim of making their stay easier during the contest. there will be 400 euro for those who reach the third stage of the competition and do not get any of the major six awards of this con-test. As a reminder, this year a new prize is given to the best interpretation of chamber music, with the participation of the Bretón Quartet, making a total of 60,000 euro in prizes.

This is one of the most important new features that the City Council has inclu-ded in this edition, making it a day longer than usual, and that includes a series of activi-ties: the Piano Festival, which has already taken place, a photography exposition to cele-brate this anniversary, an homage to Debussy and Beethoven and the celebration of con-certs in different towns of the province because of the Music Day, apart from didactic concerts given to secondary scholars.