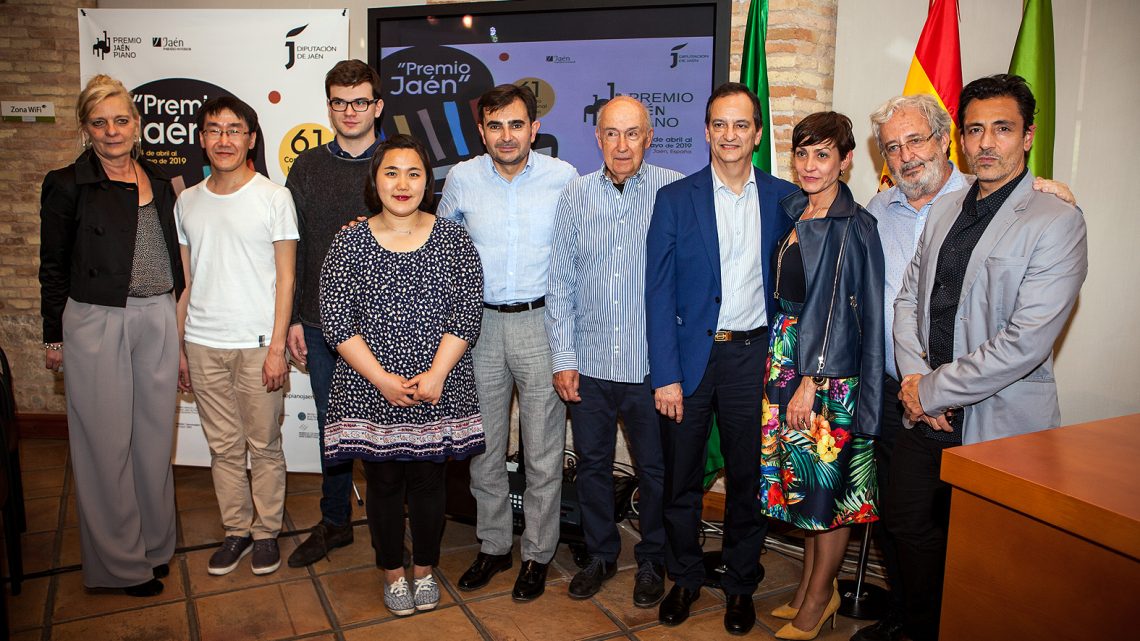 The pianists who have reached the decisive phase of this contest held by the City Council value the experience, organisation and environment of the contest

The Infanta Leonor Theatre will host tomorrow from 7 p.m. the grand finale of the 61st Jaén International Piano Competition , organised by the City Council. It will feature the interpreters Nicolas Bourdoncle, from France, Sun-A Park, from the United States, and Alexander Koryakin, from Russia, who will be accompanied as usual by the City of Granada Orchestra. These three pianists, accompanied by the deputy for Culture and Sports, Juan Ángel Pérez, and the president of the jury of this prestigious musical contest, Albert Attenelle, have evaluated this final test “ the culmination to ten days in which the piano has been the absolute protagonist, “said Juan Ángel Pérez, who pointed out that “ it seems that is going to be a very disputed and challenging final, taking into consideration the level of the three contenders. Plus, all tickets are already sold out”, he pointed out.

Both the Russian pianist, Alexander Koryakin, and the American pianist, Sun-A Park, have chosen for the final the concert for piano and orchestra number 1 in E flat major S.124, by Liszt, while the French pianist Nicolas Bourdoncle has opted for the concert for piano and orchestra number 1, in E minor Op. 11, by Chopin. The deputy for Culture and Sports, has stated that “ a new and glorious page in the history of this contest is being written. When we thought that the height could not be raised an inch more, with much work and effort we have shown that this contest is far from its elderly, being today more alive and fresh than ever”.

On the other hand, the president of the jury, Albert Attenelle, has underlined the level of the participants of this edition and has highlighted the attention and care of the organisation towards the pianists. “ The level has been very high, as well as in previous editions. In this sense, we can affirm that the Jaén International is very well placed if we compare it with other competitions “.

The three interpreters aspire to take the first prize of this contest, endowed with 20,000 euros, Gold Medal, diploma, the recording of a disc with Naxos and a four-date tour that will start in Granada (the day after the final), as well as in Jaén, Úbeda and Bochum (Germany). During the reception, they have valued especially the great level of the contest, as well as the good organisation, the experience and the treatment that they have received.

First of all, Sun-A Park has emphasised the efficiency of the organisation, “what has allowed me to give my best as a pianist”. In addition, the American pianist has acknowledged having been “captivated by the landscape during the trip to Granada for the rehearsal with the City of Granada Orchestra”.

For his part, Nicolas Bourdoncle said that “it was one of my first experiences in international competitions and I did not expect to be in the final, so I am very happy”. A feeling that has also expressed Alexander Koryakin who has highlighted “the atmosphere of the city around the competition.”

The three finalist pianists have valued the programme proposed by the Jaén International Piano Competition for its variety, which has allowed them to expand their repertoires and improve as pianists.