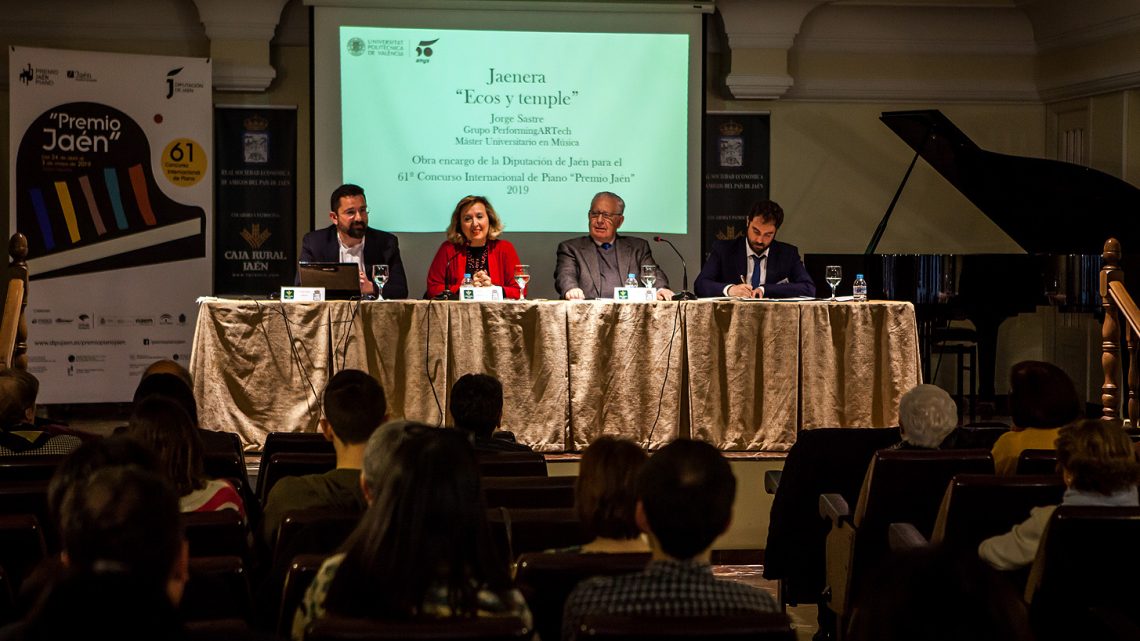 The prestigious pianist Josep Colom, from Barcelona, will be in charge of inaugurating the 61st Jaén International Piano Competition on Wednesday, organised by the Jaén City Council with a concert that “will be a journey through the sound of three centuries within the history of the keyboard, from the Baroque until the Classicism, through the Romanticism and the Spanish and French piano of the twentieth century”, said the deputy for Culture and Sports, Juan Ángel Pérez, who has presented this event with the president of the jury of this 61st edition, Albert Attenelle and Colom himself, who won this contest in 1977.

The audience that meets at 20.30 hours at the Infanta Leonor Theatre in Jaén will be able to listen to works by Bach, Mozart, Beethoven, Ravel and Falla, “a programme of great beauty and of very high excellence”. pointed Pérez. In particular, Colom will perform in the first part of his performance two preludes and fugues from Bach’s well-tempered Clavier, and Sonata number 18 in D major KV 576, by Mozart, as well as Bagatelle in E flat major Opus 126, number 3, and Sonata number 31 in A flat major Opus 110, of Beethoven; while in the second part of the concert the audience will enjoy Le tombeau de Couperin, by Ravel, and Fantasía Baetica, by Falla, a work that commemorates the centenary of its premiere.

“We can say that in the first part I will almost play two first works of the contest,” said Josep Colom in reference to the first works he has selected for this concert, similar to the ones that the contestants of the Jaén International Piano Competition have to play in the first eliminatory phase of the contest. Also, regarding the election of Ravel and Falla for the second part, this pianist shows once again his passion for the Spanish composer. “Fantasía baetica is one of the works that I have in my heart, in my soul. For me, it is the most inspiring work made by a Spanish pianist” he pointed out.

Until winning the “Jaén” Piano Award in 1977, Colom took part on the competition on two previous occasions, as he recalled. “The first time, when I was 19, I did not reach the final, the second time, at the age of 22, I won the second prize. When I won, in 1977, I was 30 years old”. Next to this contest, in the record book of this pianist from Barcelona also appears the first prize of the Santander Piano Competition and the National Music Prize awarded by the Ministry of Culture. Colom has trained at L’Ecole Normale de Musique, and has also had as one of his main teachers the composer Joan Guinjoan. He regularly teaches and collaborates with different conservatories such as the Superior of Zaragoza, the Musikeon, of Valencia, and the Liceu, of Barcelona.

The concert of Josep Colom will be preceded by the celebration of the draw of the order of intervention of this contest, which will indicate the final number of participants that until next Friday, May 3, will be disputed this 61st edition. “ In total, 42 pianists from 16 countries have registered, among which the vast majority are from the East, since China, Japan and South Korea hold the top positions in these inscriptions” said Attenelle, who has shown his satisfaction for returning to the presidency of the jury of this prestigious pianistic contest.